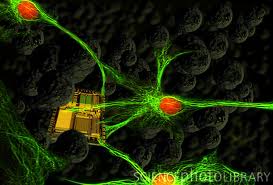 The Defense Advanced Research Projects Agency (DARPA), the research arm of the military, is continuing to develop implantable brain chips, according to documents newly posted as part of the agency’s increased “transparency” policy.

The agency is seeking to develop a portable, wireless device that “must incorporate implantable probes” to record and stimulate brain activity – in effect, a memory triggering ‘black box’ device. 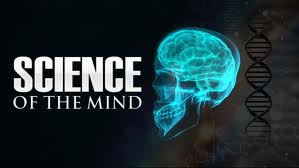 The process would entail placing wires inside the brain, and under the scalp, with electrical impulses fired up through a transmitter placed under the skin of the chest area.

Bloomberg first picked up the story last week, and since then several tech blogs have jumped on board, describing the technological push as part of a project to help injured soldiers, and part an initiative set up by the Obama administration to find treatments for brain disorders, such as Alzheimer’s.

In reality, this project has been ongoing for years, decades in fact. And given that the Pentagon war machine is spear-heading it, with $70m of funding, one must seriously question why the DoD suddenly gives a damn about war wounded vets, never mind everyday Americans with brain disorders.

The documents state that rather than aid general memory loss, such a device would enable the ability to recover “task-based motor skills” like driving cars, operating machinery, tying shoe laces or even flying planes. It would also help recover memory loss surrounding traumatic events – according to the documents.

Memory loss surrounding trauma occurs for a reason, so the individual can, at some point, slowly work back toward living a normal life. One has to wonder, from this description, whether DARPA’s brain implant, would merely facilitate “patching up”, soldiers, and sending them back out to duty, as if they were defective robots.

Indeed, that is the kind of transhumanism project that DARPA revels in. Just last year it was revealed that a DARPA team has constructed a machine that functions like a human brain and would enable robots to think independently and act autonomously.

There have also long been reports of DARPA seeking to develop technology that enables military masters to literally control the brains of soldiers and make them want to fight. A 2008 report for the US military detailed this initiative, along with possible weaponry including “Pharmacological landmines” that release chemicals to incapacitate enemy soldiers and torture techniques that involve delivering electronic pulses into the brains of terror suspects.

The report, titled “Emerging Cognitive Neuroscience and Related Technologies”, detailed byWired and the London Guardian, was commissioned by the Defense Intelligence Agency, the intelligence wing of the Department of Defense. It contains scientific research into the workings of the human mind and suggestions for the development of new war fighting technologies based upon the findings.

In a section focusing on mind control, the report states

If we can alter the brain, why not control it? […] One potential use involves making soldiers want to fight. Conversely, how can we disrupt the enemy’s motivation to fight? […] How can we make people trust us more? What if we could help the brain to remove fear or pain? Is there a way to make the enemy obey our commands?

It concludes that “drugs can be utilized to achieve abnormal, diseased, or disordered psychology” and also suggests that scanners able to read the intentions or memories of soldiers could be developed.

The report clearly does not rule out the use of such mind scanning technology on civilians as it suggests that “In situations where it is important to win the hearts and minds of the local populace, it would be useful to know if they understand the information being given them.”

It also suggests that the technology will one day have applications in counter-terrorism and crime-fighting and “might be good enough to help identify people at a checkpoint or counter who are afraid or anxious.”

The notion of “recording” brain activity is also something that DARPA has long sought to master. The concept may seem completely outlandish, yet it has been the central focus of DARPA activities for some time with projects such as LifeLog, which seeks to gain a multimedia, digital record of everywhere a person goes and everything they see, hear, read, say and touch.

On the surface, the project seems like the latest in a long line of DARPA’s “blue sky” research efforts, most of which never make it out of the lab. But DARPA is currently asking businesses and universities for research proposals to begin moving LifeLog forward.

“What national security experts and civil libertarians want to know is, why would the Defense Department want to do such a thing?” the article asks. The answer lies in the stated goal of the US military – “Total Spectrum Dominance”.

Furthermore, assertions that the neuro technology would not be in any way dominant over a person’s capacity to think, does not tally with DARPA’s Brain Machine Interfaces enterprise, a $24 million project reported on in the August 5, 2003 Boston Globe.

The project is developing technology that “promises to directly read thoughts from a living brain – and even instill thoughts as well… It does not take much imagination to see in this the makings of a matrix-like cyberpunk dystopia: chips that impose false memories, machines that scan for wayward thoughts, cognitively augmented government security forces that impose a ruthless order on a recalcitrant population.” The Globe reported.

It is also well documented that the military and the federal government have been dabbling in mind control and manipulation experimentation for decades.

Brain implants are a very scary proposition, however, and selling such a thing to veterans, and especially to the wider American populace, may be a harder task than selling them a pill to pop. Which is why some, including one former DARPA director and now a Google executive, have also been developing devices such as edible chips and e-tattoos.

Steve Watson is the London based writer and editor for Alex Jones’ Infowars.com, and Prisonplanet.com. He has a Masters Degree in International Relations from the School of Politics at The University of Nottingham, and a Bachelor Of Arts Degree in Literature and Creative Writing from Nottingham Trent University.