By JONATHAN CHADWICK FOR MAILONLINE  and AF

China has reportedly created an artificial intelligence (AI) system that can assess the loyalty of Communist Party members.

According to Didi Tang, a reporter for the Times in Beijing, the system has been developed by researchers at Hefei Comprehensive National Science Centre.

It can analyse facial expressions and brain waves of Communist Party members to determine how receptive they are to ‘thought education’.

Tang says the technology was detailed in an article that was uploaded to the internet on July 1 and deleted shortly afterwards. 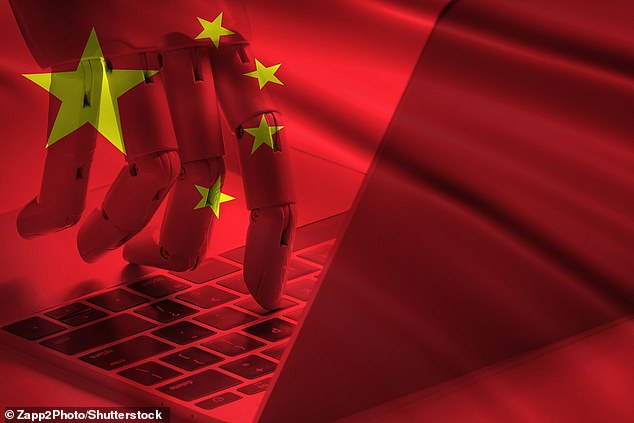 WHAT DO WE KNOW ABOUT CHINA’S AI SYSTEM?

The artificial intelligence (AI) system can check the loyalty of Communist Party members.

It does this by detecting facial expressions and brain waves while looking at articles promoting party policy and achievements.

It’s been created and tested by researchers at Hefei Comprehensive National Science Centre.

The article said: ‘On one hand, it can judge how party members have accepted thought and political education.

‘On the other hand, it will provide real data for thought and political education so it can be improved and enriched.’

The AI tech will solidify ‘confidence and determination’ of Communist Party members ‘to be grateful to the party, listen to the party and follow the party’.

Hefei Comprehensive National Science Centre has reportedly encouraged 43 Communist Party members, who are also on the research team, to test the tech.

A video published with the article, which has also been deleted, showed a researcher entering a kiosk, sitting in front of a screen and looking at articles promoting party policy and achievements.

‘The kiosk can see the researcher’s expressions, possibly via surveillance cameras,’ Tang says.

It’s unclear if the brainwave-reading technology is situated in the kiosk, or how the whole system would be rolled out to monitor the millions of Communist Party members in the country.

But it appears that reading people’s brain waves is not new to China – back in 2018, the South China Morning Post reported that brain-scanning technology was being used on factory workers in Hangzhou.

This involved using brain-reading helmets to read a worker’s emotions, and artificial intelligence algorithms to detect emotional spikes such as depression, anxiety or rage.

Pictured is China’s President Xi Jinping following his speech after a ceremony to inaugurate Hong Kong’s new leader and government on July 1, 2022

The party already has an ‘indoctrination app’ for its members called ‘Xuexi Qiangguo’ or ‘Study to make China strong’.

The app forces its 96.77 million members to earn points by reading articles, watching videos and answering quizzes on Communist heroes.

It tracks the amount of time users spend browsing inspirational quotes from President Jinping and watching short videos of his speeches and travels.

Members are able to redeem their scores for gifts such as pastries and tablets, AFP previously reported.

Meanwhile, China’s government has come under increasing scrutiny for high-tech surveillance, from facial recognition-enabled security cameras to apps used by police to extract personal information from smartphones at checkpoints. 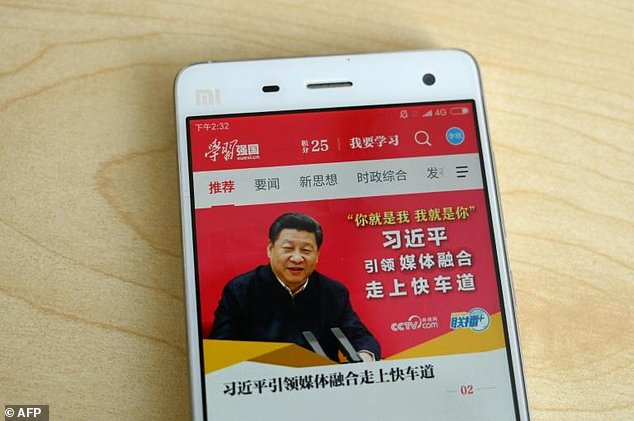 Last year, it was revealed China has also developed an AI prosecutor that can charge people with crimes with more than 97 per cent accuracy.

This system, which was ‘trained’ using 17,000 real life cases from 2015 to 2020, is able to identify and press charges for the eight most common crimes in Shanghai.

BEING BLACKLISTED BY CHINA’S SOCIAL CREDIT SYSTEM ‘WORSE THAN JAIL’

A man who has been penalised by China‘s social credit system said it’s worse than going to jail.

The man, identified as David Kong, told South China Morning Post in 2019 that he was banned from taking the high-speed train because he was officially declared a ‘deadbeat’ by authorities.

This group of 3.6 million ‘discredited individuals’, who earned poor ratings mostly for refusing to pay their debts, are disqualified from spending on ‘luxuries’ including renting a flat, travelling on a plane or on a fast train in China.

‘It’s even worse than doing time because at least there’s a limit to a prison sentence,’ Kong told South China Morning Post.

‘Being on the list means that as long as you can’t clear your debts in full, your name will always be there.’

Kong was declared a ‘discredited individual’ in 2015 after his book publishing business failed. He said he had borrowed 1.6 million yuan (£180,000) and could not pay it back.

The social credit system rates citizens based on their daily behaviour, and this could range from their bank credit to their social media activities.

With a tagline of ‘once discredited, everywhere restricted’, it vows to punish ‘untrustworthy’ citizens in as many ways as possible.

Air passengers could be banned from future flights for behaviours including spreading rumours about terror attacks, breaking into runways, assaulting the crew and causing disruption on flights.