Are your opinions really your own—or how much have they been carefully shaped until you think they are? Today’s digital connectivity makes it possible to share information like never before—traditional borders and constraints of distance simply do not exist anymore. But this same connectivity also makes it easier to manipulate the public’s perception of reality. The term “fake news” has become increasingly common in the past year—but it is only one facet of a much larger problem: the use of technology to alter public opinion, and ultimately affect the real world.

This is not a new phenomenon. At every point in human history where a new disruptive communications technology has replaced another, propaganda and manipulation flourish. Each communication method has its associated societal norms and customs, but these take time to form. What is allowed on television, radio, and print is well established—but the Internet has not reached that level of maturity yet.

“We need a program of psychosurgery for political control of our society. The purpose is physical control of the mind. Everyone who deviates from the given norm can be surgically mutilated.

“The individual may think that the most important reality is his own existence, but this is only his personal point of view. This lacks historical perspective. Man does not have the right to develop his own mind. This kind of liberal orientation has great appeal. We must electronically control the brain. Someday armies and generals will be controlled by electric stimulation of the brain.” ~ Dr. José Delgado. Director of Neuropsychiatry, Yale University Medical School Congressional Record, No. 26, Vol. 118 February 24, 1974.

Carolanne Wright – Psychotronics is the intersection between consciousness, energy fields and matter. In a bill introduced to the U.S. House of Representative in 2001, Dennis J. Kucinich describes psychotronic devices as “weapons” that can be used against individuals or specific populations to exert power over behavior and mood — essentially a form of mind control.

Russia has a long history of developing this class of technology, the most famous being the “Woodpecker” — a “Tesla-type transmitter” that emitted psychoactive signals in the 1970’s through the late eighties.

But Russia isn’t the only player in this dangerous game. GlobalResearch reports:

“Harnessing neuroscience to military capability, this technology is the result of decades of research and experimentation, most particularly in the Soviet Union and the United States. (Welsh, 1997, 2000) We have failed to comprehend that the result of the technology that originated in the years of the arms race between the Soviet Union and the West, has resulted in using satellite technology not only for surveillance and communication systems but also to lock on to human beings, manipulating brain frequencies by directing laser beams, neural-particle beams, electro-magnetic radiation, sonar waves, radio frequency radiation (RFR), soliton waves, torsion fields and by use of these or other energy fields which form the areas of study for astro-physics. Since the operations are characterized by secrecy, it seems inevitable that the methods that we do know about, that is, the exploitation of the ionosphere, our natural shield, are already outdated as we begin to grasp the implications of their use.”

In a 1998 German television documentary, Dr. Igor Smirnov, of the Institute of Psycho-Correction in Moscow, said that it’s easily conceivable that anyone who has the appropriate means and finances could inject himself into every computer network, radio or television broadcast with relative technological ease. “This is why such technology is rightfully feared.”

By now, a good number of people are familiar with the effects of electromagnetic pollution from cell phones, televisions, appliances, smart meters, computers and wi-fi. But could there be another more sinister reason why our health suffers when we’re exposed to these modern devices? Several U.S. patents suggest a disquieting answer.

“It is therefore possible to manipulate the nervous system of a subject by pulsing images displayed on a nearby computer monitor or TV set. For the latter, the image pulsing may be imbedded in the program material, or it may be overlaid by modulating a video stream, either as an RF signal or as a video signal.”

The invention can also be adapted to the source of video stream, whether a computer program, a television broadcast, video tape or DVD. Pulse variability can be influenced through the use of software in order to avoid habituation of the nervous system.

“Certain monitors can emit electromagnetic field pulses that excite a sensory resonance in a nearby subject, through image pulses that are so weak as to be subliminal. This is unfortunate since it opens a way for mischievous application of the invention, whereby people are exposed unknowingly to manipulation of their nervous systems for someone else’s purposes. Such application would be unethical and is of course not advocated. It is mentioned here in order to alert the public to the possibility of covert abuse that may occur while being online, or while watching TV, a video, or a DVD,” conclude the inventors.

“An RFDE weapon system can go after a broad range of targets (electronics, biological, ordinance, structures, etc.) due to its relatively large radiated power. A priori knowledge of the intended target characteristics is typically not required because the RFDE weapon either burns-out or overwhelms its target by the shear amount of power it radiates.”

A disturbing possibility (among many) concerning this type of weaponry is the capability of using it to cause negative effects on human health and mental processes. And there is no escape or protection. Once a target is locked onto, it’s impossible to evade the electromagnetic energy by moving around.

Summaries of 85 additional patents relating to mental and emotional manipulation technologies can be found here.

As we contemplate the technological advancements — and ethical implications — relating to mind control, remember President John F. Kennedy’s warning in 1961:

“Today no war has been declared — and however fierce the struggle may be, it may never be declared in the traditional fashion. Our way of life is under attack… we are opposed, around the world, by a monolithic and ruthless conspiracy that relies primarily on covert means. … Whatever our hopes may be for the future — for reducing this threat or living with it — there is no escaping either the gravity or the totality of its challenge to our survival and to our security — a challenge that confronts us in unaccustomed ways in every sphere of human activity. … This is a time of peace and peril, which knows no precedent in history. It is the unprecedented nature of this challenge that also gives rise to… our obligation to inform and alert the American people — to make certain that they possess all the facts that they need, and understand them as well. … I have complete confidence in the response and dedication of our citizens,   whenever they are fully informed.” 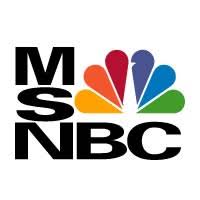