Watch Yuval Noah Harari speak with Fei-Fei Li, renowned computer scientist and Co-Director of Stanford University’s Human-Centered AI Institute — in a conversation moderated by Nicholas Thompson, WIRED’s Editor-in-Chief. The discussion explores big themes and ideas, including ethics in technology, hacking humans, free will, and how to avoid potential dystopian scenarios. Publication is available under Creative Commons, CC BY-NC-ND 4.0 – https://creativecommons.org/licenses/…. The event was hosted at Stanford in April 2019, and was jointly sponsored by the university’s Humanities Center, McCoy Family Center for Ethics in Society, and the Stanford Institute for Human-Centered Artificial Intelligence (HAI). 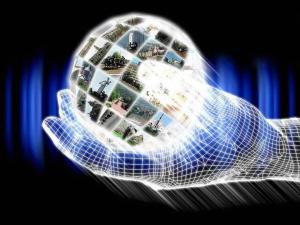 The good old days of cold war disinformatia are gone. Social media are increasingly relevant in shaping the public opinion, but they are just “eco chambers”. Foreign actors with malicious intent can easily exploit this intrinsic feature of social media manipulating online information in order to influence the public opinion.  Moreover, cyberspace allows a large degree of anonymity, behind which it is easy to automate propaganda, and cyber attacks may be leveraged to exfiltrate and expose sensitive content or to gain information dominance during military operations, increasing the strategic relevance of the “information space”.  Operations in this domain are central in Russia’s security strategic thinking, featuring predominantly in its “New Generation War” military doctrine. But the ongoing militarization of cyberspace risks having dangerous spillovers in the conventional domain. What can we do in order to protect our open democracies while preserving a global, free will and resilient Internet? The answer is multi-faceted, in as much as CEIW (cyber-enabled information warfare) is an emerging asymmetric threat that forces us to innovate our security approach in many ways.