This show, with the original title “Control mental. El sueño dorado de los dueños del mundo” (Mind control. The golden dream of the world’s masters) — broadcasted to some 45 million people — was one of the biggest victories for victims of implant technologies so far. Thanks to Magnus Olsson, who, despite being victimized himself, worked hard for several years to expose one the biggest human rights abuses of our times – connecting people against their will and knowledge to computers via …Cyber-Physical Systems… optogenetic implants of the size of a few nanometers – leading to a complete destruction of not only their lives and health, but also personalities and identities.

One reason is that this technology, that begun to develop in the early 1950s is by now very advanced but the public is unaware of it and it goes completely unregulated. There is also a complete amnesia about its early development, as Lars Drudgaard of ICAACT, mentioned in one of his interviews last year. The CIA funded experiments on people without consent through leading universities and by hiring prominent neuroscientists of that time. These experiments have since the 50s been brutal, destroying every aspect of a person’s life, while hiding behind curtains of National Security and secrecy but also behind psychiatry diagnosis.

The second is that its backside –mind reading, thought police, surveillance, pre-crime, behavior modification, control of citizen’s behavior; tastes, dreams, feelings and wishes; identities; personalities and not to mention the ability to torture and kill anyone from a distance — is completely ignored. All the important ethical issues dealing with the most special aspects of being a free human being living a full human life are completely dismissed. The praise of the machine in these discourses dealing with not only transhumanism ideals but also neuroscience today has a cost and that is complete disrespect, despise and underestimation of human beings, at least when it comes to their bodies, abilities and biological functions. The brain is though seen as the only valuable thing; not just because of its complexity and mysteries, but also because it can create consciousness and awareness. We’re prone to diseases, we die, we make irrational decisions, we’re inconsistent, and we need someone to look up to. In a radio interview on Swedish “Filosofiska rummet” entitled “Me and my new brain” (Jag och min nya hjärna), neuroscientist Martin Ingvar referred to the human body as a “bad frame for the brain”.  Questions about individual free will and personal identity were discussed and the point of view of Martin Ingvar was very much in line with José Delgado’s some 60 years ago, and its buried history of mind control: we don’t really have any choice, we’re not really having a free will or for that matter any consistent personality. This would be enough reason to change humans to whatever someone else wishes. For example, an elite. 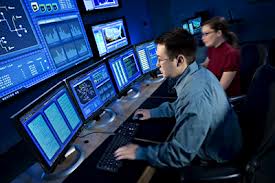 Another reason for why this issue dealing with brain implants is important of course is the fact that both the US and the EU pour billions of dollars and euros in brain research every single year, a brain research very focused on not only understanding the brain, but also highly focused on merging human beings with machines; using neuro-implants to correct behavior and enhance intelligence; creating robots and other machines that think and make autonomous intelligent decisions — just like humans do.

Ray Kurzweil, who’s predictions about future technological developments have been correct at least until now, claims that in 20 years, implant-technology has advanced that far that humanity has been completely transformed by it. We cannot know right now whether he’s prediction is right or wrong, but we have the right to decide on the kind of future we want. I do not know if eradicating humanity as we know it is the best future or the only alternative. Today, we might still have a choice.

Something to think about: Can you research the depths of the human brain on mice?

The Only Thing That Helped Magnus Olsson

MINI TESLA RA GENERATORS AS A FRONTIER OF QUANTUM

Go To The Web Page: