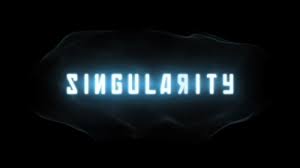 There are around 377 million results on Google.com for the query “Can I live forever?” Ask that question to company’s top engineer, though, and you’re likely to hear an answer that’s much more concise.

Kurzweil, 64, was only brought on to Google late last year, but  that hasn’t stopped him from making headlines already. During a  conference in New York City last week, the company’s director of  engineering said that the growth of biotechnology is so quickly  paced that that he predicts our lives will be drastically  different in just a few decades.

According to Kurzweil, humans will soon be able to upload their  entire brains onto computers. After then, other advancements  won’t be too far behind.

“The life expectancy was 20, 1,000 years ago,” Kurzweil  said over the weekend at the Global Future 2045 World Congress in  New York City, CNBC’s Cadie Thompson reported. “We doubled it  in 200 years. This will go into high gear within 10 and 20 years  from now, probably less than 15, we will be reaching that tipping  point where we add more time than has gone by because of  scientific progress.”

“Somewhere between 10 and 20 years, there is going to be  tremendous transformation of health and medicine,” he said.

In his 2005 book “The Singularity Is Near,” Kurzweil predicted  that ongoing achievements in biotechnology would mean that by the  middle of the century, “humans will develop the means to  instantly create new portions of ourselves, either biological or  nonbiologicial,” so that people can have “a biological  body at one time and not at another, then have it again, then  change it.” He also said there will soon be   “software-based humans” who will “live out on the Web,  projecting bodies whenever they need or want them, including  holographically projected bodies, foglet-projected bodies and  physical bodies comprising nanobot swarms.”

Those nanobot swarms might still be a bit away, but given the  vast capabilities already achieved since the publication of his  book, Kurzweil said in New York last week that more and more of  the human body will soon be synced up to computers, both for  backing up our thoughts and to help stay in good health.

“There’s already fantastic therapies to overcome heart  disease, cancer and every other neurological disease based on  this idea of reprogramming the software,” Kurzweil at the  conference. “These are all examples of treating biology as  software. …These technologies will be a 1,000 times more  powerful than they were a decade ago. …These will be 1,000  times more powerful by the end of the decade. And a million times  more powerful in 20 years.”

In “The Singularity Is Near,” Kurzweil acknowledged that Moore’s  Law of Computer suggests that the power of computer doubles, on  average, every two years. At that rate, he wrote, “We’re going  to become increasingly non-biological to the point where the  non-biological part dominates and the biological part is not  important anymore.”

“Based on conservative estimates of the amount of computation  you need to functionally simulate a human brain, we’ll be able to  expand the scope of our intelligence a billion-fold,” The  Daily Mail quoted Kurzweil.

Kurzweil joined Google in December 2012 and is a 1999 winner of  the National Medal of Technology and Innovation. In the 1970s,  Kurzweil was responsible for creating the first commercial  text-to-speech synthesizer.