An email*  from a neuroscience company sparked an interest in the technology used to control people which announced:

We are inviting applications for a Postdoctoral position at the Bernstein Center Freiburg, University of Freiburg, Germany for research on “Controllability of biological neuronal networks”.

Controlling a robotic arm so that it moves where it is directed by an operator sounds like a fine science project that could help someone who has lost an arm.  A heroic feat of medicine that would help people who have lost bodily limbs such as through war or some other accident.  But the reality is that without common sense of having these research projects heavily monitored by some outside agency that reports findings to the public, society will be left open to being used as research guinea pigs, and against their wills.

Called brain-machine interfaces (BMIs), researchers study how the human body moves and what cells are used to move a bodily part, such as an arm.  With graphs and mathematical algorithms movement can be controlled or predicted through signaling of the body’s nerve cells.  Through observing a human subjects brain patterns and nerve cells used in moving the body, brain-machine interfaces “decode” movements of the body and learn what is needed to create natural-like movements of a bodily limb.

As the photo depicts,  BMIs are implanted into the human brain to measure and record human cellular activity.  “As smaller implants mean a reduced medical risk during implantation, their findings may help mass-produced brain-machine interfaces to become a reality.”

Human subjects with BMIs in their brains for medical reasons allow the research to take place.  Using a method called electrocorticography (ECoG),     “error signals” of the brain can be detected to help refine BMI accuracy, where “a subject fails to reach a certain movement goal” such as grasping a cup.

This procedure measured changes in electrical potential at the surface of the brain. Because electrodes are  implanted into human skulls merely for the purpose of a scientific study, the researchers depended on the help from patients who had such electrodes implanted for medical reasons.

Many people have long been reporting that they have been the recipients of these BMIs, and against their wills.  Some have gone on to video tape their bodies being scanned to show energy readings eminating from several parts of their bodies that do not make sense.  Through electromagnetic (EM) detection devices, specific areas of their bodies cause the EM devices to repeatedly beep when brought close to certain areas of the body.

These persons suspect there has been widespread misuse and illegal experimentation through implanting them during surgeries, where they were unaware they were being used for these purposes.  Frightening as it is and with videos and other scientific documentation explaining the technology, no public official has ever stood up to this information to put into laws of this country that this illegal use of BMI or other human, physically changing technologies be stopped.  The recipients of what might be the greatest crime on earth have been left to suffer and die while being called “mentally ill” or subjected to more crimes involving technology surveilling their lives without constraint.

BMI technology would certainly be one way criminals could use to control populations, possibly prisoners who have been identified as creating violence in prisons.  Human controlling technologies could also be used to cause a war between nation-heads when a leader is controlled by outside criminals using brain-wave technology to control their movements, speech or thinking processes?   Hasn’t there been a war powers agenda that has gotten too big to fail, and too powerful to expose?

The  claims  by  citizens are true, that they are being harmed by medical and scientific advances tied combined with illegal uses of technology, what could it mean for the rest of society?  Is our country so intent upon ruling the world that scientists from the U.S. who have learned from Nazi Germany who were brought over to the U.S.  during  J. Edgar Hoover‘s time  that they would use their own citizens for their experiments so they can control human bodies, thereby winning domination of the whole world?  With the military budgets that are so protected and technological experiments kept so secret, as in MKUltra, cointelpro, Operation paperclip and others, destroying people’s lives can be secretly “fast tracked” in order to weed out “undesirables”.

Isn’t it commonly accepted that unbridled greed and power working in secret usually creates monsters, although they may be called something else at the time that is more politically correct, such as the National Security Agency that protects  us from “enemies of state”, or other agencies that are given enormous secret budgets for the purpose of “protecting society”.  What follows is that secret budgets are given to protect society in secret; meaning protecting you and I in secret through secret technologies, such as drones, and what they are really being used for.  How protected does that make the normal, mainstream society feel, especially when there has been such a history of secret, unethical experiments in U.S. History, and these are just the unethical experiments and secret technologies that we know about.

Countries operating to steal government and corporate secrets is not uncommon.  China, for example, has hacked into mainframe computers to steal government documents and scientific experiments along with war technologies can also be broken into, yet how many connections within spying corporations are not being investigated that have to do with secret technologies that could conceivably be used against innocent citizens to harm them?  How well are we really being protected with so many citizens claiming to be “attacked” by BMIs and other secret technologies using wireless, energy-based transmissions?

How can we, the citizens of the U.S. (or any other country), go about our daily lives leaving the importance of hacking into our home computers, telephones, cell phones and possibly into our own bodies to the decisions of our government that tells us their official version of what happened during 9/11?  Where are people of conscience who are concerned by citizens telling their representatives that their bodies are being hacked in to?

Resisting connecting of the dots where technology is used to harm or control people, where there is scientific evidence, where there is also a huge push by the people claiming this is happening to them, seems to point to a cover-up of using citizens for covert experimentation in a war where the wealthy want to keep these experiments under wraps.  Otherwise, why would so many people making the same claims, with videos in hand and so much research printed in black and white, be cast aside and ridiculed for being conspiracy theorists?  Isn’t this a cointelpro tactic?

Too much denial is going on; it is time to take this bull by the horns and release these people from their tyranny.

There is little real media coverage when the major media corporations are all owned by few owners, who may be (facetiously) only working to prevent society from finding out due to the horribleness of the crimes.

Many feel that the war-economy must be brought to its knees and subjugation to war torture methods of the criminal scientific community must be put to rest.  Otherwise we are left to the criminal operations of wars without end, of using technology to take humans as subjects, to rule the world with dominating force. 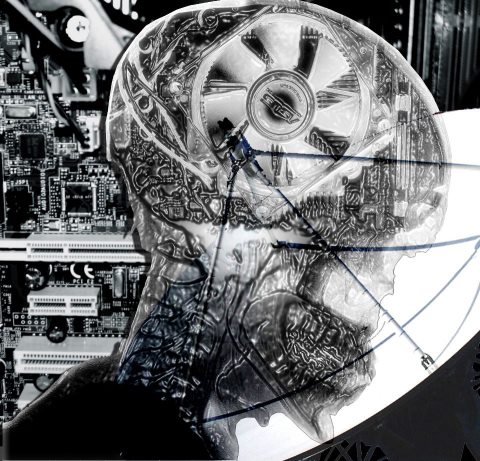 People who see the reality, who are willing to connect the dots, must be the face of sanity, the keepers of morality to be kept sacred.  They are trying to warn the public of these crimes being created through technologies that our leaders are not willing to talk about.  Secrets are kept under wraps through “national secrecy” laws.

We know how 9/11 was allegedly reported by many groups as being full of fraudulent claims and not believed by citizen groups continually asking questions because the “official” report does not add up.  The safety of scientific research and national security, and the claims by citizens of  technological torture is another topic that also does not add up.

One could make the claim that the U.S. government is preventing the world from finding out that human subjects have been tortured and against the laws of our country, and this is being covered up by media and public officials because the travesty of exposing these criminal activities  is too great.  Recall how banks have been “too big to fail”.

With world dominance and rebuilding world economies at stake, the exposure of human-elites dominating human populations would put them at risk, because these psychopaths attacking innocent human beings and the building up of their secret economies and world powers would be destroyed.

Hoover and cointelpro: “During the late 1950s, Hoover developed a counterintelligence program (COINTELPRO) to covertly harass the remnants of the American Communist Party”.

* We are inviting applications for a Postdoctoral position at the Bernstein Center Freiburg, University of Freiburg, Germany for research on

This research will be in the framework of the new Excellence Cluster “BrainLinks-BrainTools”, an interdisciplinary research initiative in the field of neurotechnology that was selected by the Joint Commission of the German Research Foundation and the German Council of Science and Humanities as a new Cluster of Excellence at the University of Freiburg.

The main goal of this project is to understand and devise mechanisms to control the activity dynamics of neuronal networks by external stimulation. To this end we combine tools from graph theory, dynamical systems and control systems engineering and numerical simulations of biological neuronal networks. Experimental data on large-scale brain connectivity and activity to constrain the mathematical models will be available within BrainLinks-BrainTools.

Applications are invited from candidates with a PhD degree in computational neuroscience, physics, mathematics, or electrical engineering. Previous experience in neuronal network modeling and dynamical systems is welcomed.

The postdoctoral researcher will join the group of Dr. Arvind Kumar and Prof. Ad Aertsen, and will be part of the Bernstein Center Freiburg and participate in the postdoctoral program of the BCF [http://www.bcf.uni-freiburg.de/teaching-and-training/postdoc-program]

The post-doc salary will be according to TV-L E13  the standard German pay-scale for postdoc positions.

Application: 1.       Please send your CV, a two page description of your current research, scientific interests and goals by April 15, 2013 to the following address: postdoc.program@bcf.uni-freiburg.de 2.       Furthermore, please download our reference report form <http://material.bcf.uni-freiburg.de/tmp/Reference-report-form_BCF.doc> , forward it to at least 2 referees and ask them to provide their letter of recommendation on this form.

—— The Bernstein Center Freiburg is an interdisciplinary research facility comprising young researchers from mathematics, physics, electrical engineering and biology. The research at the BCF ranges from theoretical approaches on the function and dynamics of neuronal networks over neuroanatomy and experimentally driven neurophysiology up to the development of technologies for medical application.

Related Searches
Suggested by the author: